I recently watched “The War Room” for the first time — D.A. Pennebaker’s masterful documentary about Bill Clinton’s 1992 campaign, told mainly through the stories of the campaign’s top strategists, George Stephanopoulos and James Carville.

There are so many lessons from the film and that campaign that are still applicable today. From controversial party conventions to the role of Roger Ailes and conservative media, there are countless echoes of ’92 in the current presidential election.

What stuck out to me most from the film, though, was its opening portion, when Clinton campaigned in the New Hampshire primary against rivals like Sen. Paul Tsongas and Gov. Jerry Brown. One scene in particular was illustrative — we see a sign describing Manchester, NH as the Home of the First Primary, before panning across a frozen street to see groups of supporters holding signs and backing their chosen candidates.

In other words, the primary campaign in New Hampshire has not changed much in the last 20+ years. Because of its “first state” status, candidates, the public, and the media alike see it as a “proving ground”, where voters from the 41st-most populated state in the nation can examine the candidates closely and have a huge impact on who has a chance at the Oval Office.

This begs the question — why on earth is this still happening? I’m hardly the first one to point out that the presidential primary process is inherently flawed, and that the sequence/existence of the first state primaries is a big part of this problem. One quote in a recent US News article sums it up perfectly:

“No one sat down one day and said Iowa must go first, by God, and then New Hampshire,” says David Karol, associate professor of government and politics at the University of Maryland. “That’s a historical accident.” Even if the results aren’t necessarily predictive of who ultimately gets the nomination, the two early states have an effect on the race disproportionate to their size or demographic makeup.

But whenever people make noise about changing this system, Iowans and New Hampshirites and South Carolinians, etc. push back hard. It’s about state pride, bowing to tradition and holding on to a sense of self-importance — basically, the stuff of fun roadside state history signs and lovable gift shop kitsch:

That is completely ridiculous. There is absolutely no justification in this modern, hyperconnected era for a state with .41% of the US population to have such an outsize say in who can be elected president. It is also indisputable that our primary system is wildly undemocratic and unfair. Sequenced primaries draw such small turnouts that they favor more extreme activists from both parties — so Trump and Clinton can get the combined votes of just 9% of the American population and win their nomination. Meanwhile, voters in states with later primaries have virtually no say.

In my eyes, potential reform to this system starts with a very simple law (call it the American Presidential Elections Act — yes, I know it’s not catchy enough) that would do the following:

Proposals like these are not new — over 300 bills have been introduced in Congress over the years to bring about reform presidential primaries and not one has gone anywhere. But will there ever be any better election to drive systemic changes than this one?

The benefits could be huge — a law like the one above would create a more appropriate balance between Party Elites™ and the public while doing away with so many vestiges of the past that Americans want eliminated (superdelegates, endless campaigning, chaotic conventions, etc.).

Instead, party leaders could offer voters a choice of varying directions for their party, and then voters would have a much more equal say in who ultimately ended up on the ballot in November. Only those candidates with a true nationwide appeal among their party’s members could make it to the general election.

The Trump-Clinton election has been described as smelling like a “skunk,” “rotten eggs,” and “garbage". The only way to avoid another putrid choice in the future is by changing the electoral system. But rather than throwing up our hands or trying to do the impossible (like a Constitutional amendment), we should start with something that is within Congress’ control and would benefit both parties.

The primary election process has become too important to be just left up to the whims of the parties and archaic traditions. We need a system that will produce stronger candidates that more accurately reflect the desires of all Americans.

Join the newsletter to receive the latest updates in your inbox.

A New York Times piece about Mayor Bill de Blasio’s early 2017 re-election campaign caught my eye recently — in particular, the fact that the Mayor is trying to “ward off any potential Democratic challenger from jumping into the race [http://www.nytimes.com/2016/11/15/nyregion/mayor-bill-de-blasio-campaign-union-endorsements.html? 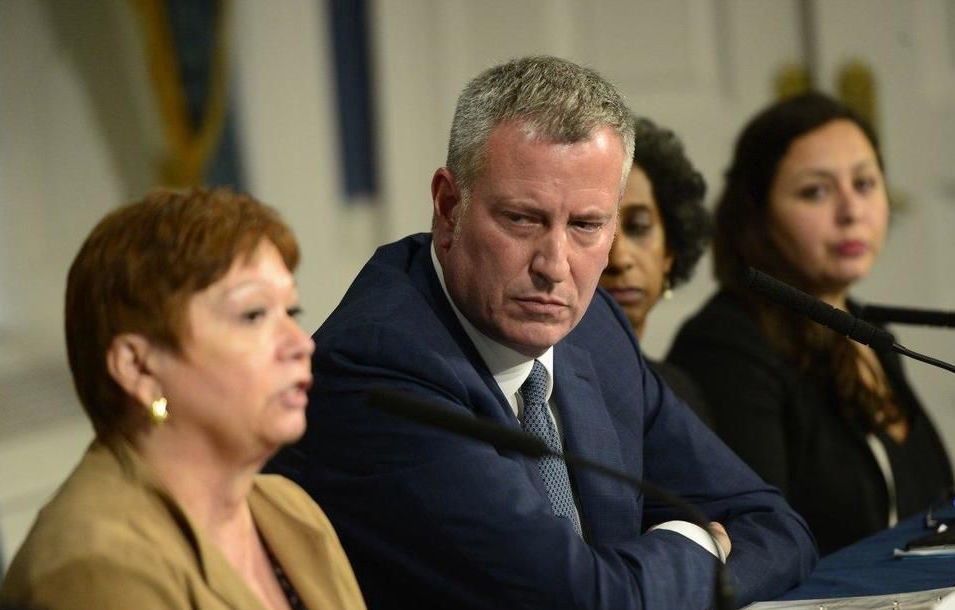 Of all the ridiculous incidents during the presidential campaign, one moment during the primaries stuck out to me. In March 2016, the Republican candidates met for a debate in Detroit, where moderator Chris Wallace asked what these potential Presidents would do to “bring back manufacturing jobs to places like Detroit”